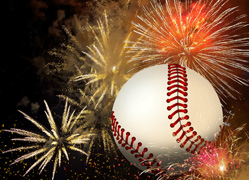 The year was 1947. Harry S. Truman was president, the World Series was televised for the first time (the New York Yankees beat the Brooklyn Dodgers in seven games), and Chuck Yeager broke the sound barrier. And on October 17, 1947, the Manufacturers’ Agents National Association joined the community of not-for-profit trade associations.

Fast forward to July 1949, and MANA members discovered the first 24-page issue of The Agent and Representative magazine (eventually renamed Agency Sales) in their mailboxes.

Digging through the first few issues of The Agent and Representative
reveals how much MANA has changed and also how much it has remained the same.

In those first few issues, we find sentences like, “I know it’s customary for men who call themselves and believe themselves to be ‘practical men’ to pooh-pooh anything savoring of academic classification in salesmanship.” No thought of women as salespeople or as customers in those earliest editions. But in today’s MANA, woman-owned firms are common, and Michelle Jobst currently serves as MANA’s first woman Chairperson of MANA’s Board of Directors.

Thank you to our members who made this 75-year journey possible and entrust MANA’s staff and Board of Directors with the responsibility to continue MANA’s proud legacy.

I owned and operated a manufacturers’ representative business back in the last decade of the last century. How I communicated with my principals (and vice-versa) differs from the communication options available today. Back then we used landline phones, fax machines and the U.S. Postal Service. Manufacturers’ representatives were asked to fill out “call reports.” Needless to say, more options exist today, such as emails, texts, virtual meetings, social media, and online CRM reports. Life is definitely more complicated.

Independent manufacturers’ reps Kurt Kroemer and Gary Coval have a keen appreciation for the relationships they enjoy with the manufacturers they work with.

The two, who head CEP Sales, Inc., Zionsville, Indiana (a suburb of Indianapolis), are quick to acknowledge the healthy relationships their agency enjoys with its principals. Consider their words:

If a rep doesn’t communicate regularly and effectively with a principal, they’re not going to have that principal for very long.

While there was no arguing that point during a MANAchat earlier this year, MANA members who participated in the three-day chat were quick to emphasize that if the communications you’re providing the principal don’t benefit the rep, the principal and the customer, then time and effort is wasted. As one rep stated: “If our communication to the principal benefits us and the customer, then I have no problem doing it. On the other hand, if it’s just a matter … Read the rest

I recently led a workshop for a company’s sales team on how they could succeed during periods of recession and rising interest rates. Much of the workshop was discussion-based, and the topics of conversation were fascinating.

From the outset, reps and manufacturers that participated in the chat were quick to emphasize that for the relationship between rep and principal to be effective, communication ground rules have to be established from day one. One rep stated it best when he said, “I make every attempt during the interview process with a prospective principal to establish what our communication requirements are going … Read the rest

One of my ezine subscribers recently sent me this question: “I really struggle with the highs and lows of field sales. Most days I feel like the weight of the world is on my shoulders. In this economy, especially, it’s difficult to stay positive. Any suggestions?”

This is one of those rarely voiced issues that every salesperson must confront sooner or later. Sales is an emotional roller coaster, and unless you figure out how to manage those emotions and keep yourself motivated, you’ll have a difficult time succeeding.

I can empathize with the anxiety felt by the reader. It’s easy … Read the rest

Just because the customer asks for your price doesn’t mean you have to deliver it right then and there.

In fact, there are a few reasons why you definitely shouldn’t lead with the price.

I want to talk to you about seven rules for how to present your price so that you’re not shot down from the get-go, or challenged by objections either.

1. Do Your Due Diligence

You never put a price out in front of a customer until you have first understood three things:

Life is made up of a series of struggles.

Do you own a multi-salesperson rep firm? When was the last time you evaluated the members of your sales team? Rate each of the following qualities on a 1-10 scale with 10 being best possible.

It is simply not smart to run an independent rep agency with a sales force that is less than 80 percent on the 100-point scale. You know the only thing you have to sell is the quality of your sales team.

No matter the industry or organization, they all seem to have a historically slow time of year, the summer and holidays are usually the biggest. In addition, changes in the economy, the market or industry, pandemics, and supply‑chain issues can also lead to slow sales. That said, there are some things you can do about it. You don’t have to simply accept your fate as most companies and salespeople do.

Some Things to Consider Doing During “Down” Times

Be a contrarian. The average salesperson cuts calls and activity by 37 percent when there’s a hiccup in the economy or market. … Read the rest

There’s an ever-present concern that presents itself to manufacturers’ reps when they are seeking the attention of principals looking for representation: “What do I have to do to show a manufacturer that I’m the right one for him?”

Here’s how one manufacturer addresses that concern:

How do you compare life insurance companies? What features do you examine? What criteria do you use? How do you know what to look for? Making sure that your insurance company is financially sound is an important part of helping to ensure family security.

Fortunately, there are a number of independent companies that make these evaluations. These rating companies carefully examine each insurance company in the areas of profitability, debt, liquidity, and other factors. From the results of these examinations, they then issue overall ratings.