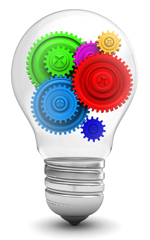 Celebrating MANA’s 75th anniversary last year led me to reflect on how MANA has transformed how reps and principals work together.

In this two-part series, I look at ways MANA has changed the rep industry just since I became MANA’s CEO and president in 2011.

MANA’s Board of Directors set a goal that MANA would create the industry-leading platform for connecting representatives and manufacturers. MANA now has revolutionary smartphone app and browser-based matchmaking that outperform any other platform on the Internet.

Reps I spoke to in 2011 who were taking on pioneering lines often worked for free until orders started to flow because “that’s how things are done.” Thanks to MANA’s work to champion change, now most reps considering a pioneering line know to ask for MDF, and many manufacturers offering pioneering lines expect to include MDF in their contracts.

Two common complaints from reps are:

MANA played a critical role in turning this situation around, and in 2022 articles about reps appeared in The Journal of Personal Selling and Sales Management and Industrial Marketing Management.

After breakfast, Daniel E. Beederman, MANA’s legal counsel, made a presentation on rep contracts. The presentation was followed by additional networking and Q&A with MANA’s Board, staff, and Beederman.… Read the rest

Just as so many others before her, Jamie Benson never really set out to become an independent manufacturers’ rep. Her first dream was to become a big-shot singer-songwriter-musician.

According to Benson, “I think you either have the rep business in the family or you somehow stumble into it. As for me, I grew up in Phoenix, Arizona, and spent the hot summer afternoons in my bedroom learning how to play the guitar and recording myself on my tape player. I fantasized about playing on a great big stage with bright lights and a crowd of fans singing along with my … Read the rest

When it comes to marketing an independent manufacturers’ rep agency, the number-one weapon appears to be the existence of an effective, professionally developed website. That was the consensus from a group of MANA members who participated in a week-long series of MANAchats devoted to the subject of marketing your manufacturers’ representative business.

At the outset of the conversation about rep websites, the point was made that approximately 80 percent of MANA members have websites that are easily found by manufacturers who access the RepFinder®, MANA’s online directory. “Basically, if a manufacturer is seeking representation, they’ll usually eliminate those … Read the rest

Here’s the scene — you get a call from a rep friend in another market.

“I just had a call from one of my best principals. He asked for a recommendation in your market. They have terminated the guy they had. Of course, I gave him your name and number and referred him to your website. I think he’s anxious to talk to you. He’ll probably call in a few days.”

After you thank your friend, you think about “the presentation pitch.” You realize that others have large full-color brochures. Some have professionally developed power-point presentations. Some even have video … Read the rest

Hello, hello! Football season is just about over and only the Super Bowl left on the schedule. If you’ve been reading my books and following my blogs for a while, you’ll realize I’m a big fan of the game. I find that a lot of its principles and strategic techniques translate well in the corporate world, especially in sales.

One strategic tool is scrimmaging. Now I see a few of you already going, “Nathan, huh?” But I promise you, if you’re stuck in a tough spot as a leader, the best answer is to scrimmage! Let’s chat about what that … Read the rest

This might seem counterintuitive, but if we’re going to talk about sales presentations, we must first talk about listening.

Too often extroverted sales reps who love the sound of their own voices launch into a well-rehearsed and finely polished demonstration and pitches. You don’t want to do that, however, until you have determined exactly who the prospect is, what they value and how your offering specifically delivers what they value.

Then, and only then, do you start to “sell.”

This talk will be a little different than the talk about the birds and the bees. This talk is for young adults entering the world on their own. It might also be a good reset for adults struggling to find their place in the world. I have often reflected on my life in an effort to better understand how I arrived at my current station.

Reflection is a powerful exercise for a better future because when we understand what got us here, we will know what might get us there, wherever “there” is for you. As for my story after … Read the rest

Aren’t you forgetting something?

There are a few things I often see salespeople forget when prospecting.

When it comes to the basics, we can’t get sloppy. Are you including these elements when prospecting?

If you want to prospect effectively, follow these tips.

Is the customer waking up in the morning and saying, “Oh man, I hope Mark Hunter calls me today?” No, my mother doesn’t even do that.

We have to be able to create awareness. You may work for HP, or Coca-Cola. Yes, people recognize your company name, but they don’t recognize you.

That’s why awareness is … Read the rest

Are you struggling to implement a hybrid work policy?

Every conversation I have about this issue goes something like this: “We decided to call people back into the office three days a week. We thought we were being reasonable by trying to find a balance between their desire to stay home and needing them in the office. But instead of agreeing, they asked ‘Why?’ In other words, what will you have us doing in the office that we can’t do at home?”

Then some of them go on to complain about the cost of gas, the commuting time and the … Read the rest

It’s hardly uncommon for principals to rate the performance of their reps and for reps to rate their principals, but here’s a bit of a different twist to the ratings game.

A manufacturer recently informed us that she’s made it a regular practice to ask her reps to rate her performance with them. “Our motives are fairly clear cut,” she maintained. “We simply wanted to know where we stood above and beyond our competitors and the other lines that our reps carried. This was an outgrowth of the fact that we’re well aware of how most of our reps perform … Read the rest

When I started my sales training business, I used to speak to some sales groups for free. Two days before one of those speeches I got an email from the sales manager saying that the salespeople wanted to spend the time in their next sales meeting learning how to use a new software program vs. listening to a speaker. She said the new software program promised to double, triple, or even quadruple their current sales. I had a similar experience while cold calling when a sales manager told me that he was holding off on sales training because they had … Read the rest

The substance of this article could possibly be better placed under one of the other departments of Agency Sales, but because I’m a lawyer with approximately four decades of experience representing sales representatives, I’ve come across some insights that I wanted to share, so it appears here under the department of “Legally Speaking.” There are good and bad lawyers and there are good and bad sales representatives. The good professionals have many common traits, and I’ve learned from experience ways of developing some of these (I didn’t learn them in law school).

A good lawyer, like a good sales … Read the rest

Steve Woodford, president of WCM Industries, was honored with the 2022 Golden Eagle award by the Association of Independent Manufacturers’ (AIM/R) membership during a gala celebration at the rep association’s 50th Annual Conference at the Gaylord Rockies Resort in Aurora, Colorado on Friday, October 14.

Woodford accepted his honor at the biggest event of the year for AIM/R, which took place in his organization’s backyard. WCM Industries, Inc., is based in Colorado Springs, Colorado. Each year, AIM/R membership nominates individuals from manufacturing for the Golden Eagle award. These individuals are often executives who embody all the core values of supporting … Read the rest

I had a rather “lively” conversation with the sales manager and the president of a prominent industrial manufacturer/contractor in my area. I asked the president (who I’ve known for years) if he’d like representation in the area I served. We agreed to have a meeting. His sales manger scowled at me for most of the meeting, until I asked him if there was a problem and was he even high on the idea of my firm repping them. That’s when the truth came out.

He claimed he’s been through using reps like me before — “They go in, open the … Read the rest