“There’s no way your manufacturers can know about all that you do in the field unless you tell them about it.”

Charlie Ingram nailed it. That’s why this issue of Agency Sales looks at backselling to your principals.

Many representatives share horror stories about getting terminated “for doing too good a job.” The vast majority of principals, they say, are honorable and welcome writing bigger commission checks because it means the principal is enjoying more sales. However, a small, short-sighted minority of principals instinctively react to a big order by terminating the representative to avoid paying earned commissions.

The first group is “the good guys.” The second group is the “not-good guys.” But there is a third group, the “I don’t get it because no one ever took the time to explain it to me guys.” And it’s this third group that would do right by their representatives if they better understood their representatives’ role, and would benefit most from backselling.

When should a representative start backselling? Long before that big order hits the factory. Why? Because the marketing “Rule of Seven” applies to more than just products, it also applies to concepts.

“Rule of Seven?” That’s the marketing rule that says a prospect won’t be persuaded until they see your message at least seven times. Backselling persuades the principal that a big order should trigger appreciation not termination, and the “Rule of Seven” tells us that trying to sell your value to your principal in a single message after the big order has arrived is doomed to failure.

Dr. Revenue® and author of Profit Rx John Haskell is the guru of backselling. In this issue of Agency Sales he cites a professional representative firm profile, a well-structured and thoroughly explained line card, and a 90-day action plan as cornerstones of backselling, because they communicate the representative’s value-adding activities on a regularly scheduled basis well in advance of that big order. Launch your backselling campaign today and your principal will already have seen more than seven messages that effectively communicate your value long before that big order arrives.

It’s more important now than ever before for independent sales representatives to consciously plan their relationships with principals.

Backselling is the answer to all of these questions. Representatives who are consciously backselling are seeing major benefits.

In a recent situation a major producer … Read the rest

The most successful companies and the highest paid salespeople place great value on developing lifetime relationships with their customers and actively look for opportunities to render service above and beyond their customers’ expectations.

In today’s competitive marketplace, your customers are aggressively prospected and their loyalty cannot be taken for granted. Customer-focused companies and individuals recognize that relationship building and follow-up service are critical components for promoting both customer retention and long-term revenue growth.

When it comes to rendering superior customer service, a “one size fits all” approach simply doesn’t cut it. Research in the field of human psychology indicates people … Read the rest

The process of developing a winning strategy when it comes to selling capital equipment involves logic and intuition. In order to achieve a high level of success it is important to have a step-by-step strategy based on past success as well as a focus on the “soft” points of the sales process. The step-by-step process is the logic and the intuition is all about the soft points. These soft points are noted in the article to follow along with a description of the steps necessary to increase your closing percentage.

The good news is, there is a clear, proven path to becoming great at selling. The bad news is, there are no short-cuts or magic bullets; it’s going to take some time, effort, and energy to get there.

Long-time friend of MANA Bob Reiss has graciously allowed Agency Sales magazine to serialize his book Bootstrapping 101: Tips to Build Your Business with Limited Cash and Free Outside Help, available now on Amazon.com. The book looks at surprisingly effective low-cost and no-cost ways to acquire the resources you need to run your company. Whether your company is an existing enterprise or a start up, a manufacturers’ representative company or a manufacturer, this book will introduce you to innovative ways to cut your costs and drive more of your income into bottom line profits.

Assume that … Read the rest

Most of the money and time companies spend on training is wasted. That’s because the majority of companies use outdated training ideas and boring training methods.

Training that is poorly presented goes in one ear and out the other. It’s no wonder employees don’t change their attitudes or behaviors after they attend a badly presented training session.

After working in the training field for more than 40 years on six continents, I’ve seen a dozen reasons why group training fails:

Large groups: You can’t have a good group discussion if 100 people are in the room. Try to limit training … Read the rest

Why won’t my employees just do what I tell them? Why am I struggling to motivate my team? Why aren’t they giving me the performance I need? If any of these questions sound familiar to you, you’re not alone.

You were probably promoted because you’re a competent technical professional. You know how to build a bridge, negotiate a deal, or justify a capital expenditure. But whether you’re a middle manager or a CEO, your technical skills usually won’t help you be a better leader.

But effective leadership has an undeniable business value. In one study, Jack Zenger and colleagues (“How … Read the rest

What does it take to get ahead in business today? While the experts may offer such suggestions as having cutting-edge skills and being a good team player, there are other even more essential attributes.

Clearly separating the average employee from the superior worker are basic — but often lacking — qualities.

The techniques are actually quite simple, but they have one fundamental, common characteristic that makes them so valuable: each one produces positive action.

The quickest way to achieve success is to eliminate the negatives. If you want to be considered a “star” performer, here is what you should strive … Read the rest

The following is reprinted with permission from the Winter 2014 issue of The Representor magazine, published by the Electronics Representatives Association (ERA).

Now it’s our principals’ turn! In my column in the last (fall) issue of The Representor, we asked reps to complete this sentence: “I really love it when principals….” The responses were widely varied and thought-provoking, so I hope they were valuable to our principals (and to reps).

For this column, we asked a group of manufacturing executives to fill in this blank: “I really love it when reps….” Just as we did with the reps, we urged … Read the rest

Motivating a sales force — an area of shared interest to manufacturers and independent representatives — was introduced to the MANA LinkedIn discussion group and the results shed considerable light on why so many manufacturers opt for an outsourced sales force.

When an agent was invited to speak on the subject of the many benefits of outsourcing sales over a company direct sales force, he asked for input from his agent peers and from principals experienced in working with representatives. He described his task this way: “I have no problem espousing the many benefits of the rep model. However, part … Read the rest 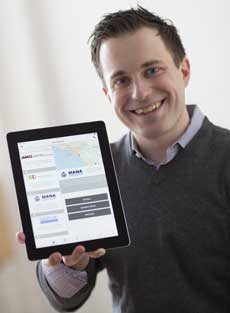 MANA member designs an iPhone/iPad app for agents and principals that includes MANA content and supports the outsourced system of selling.

One MANA manufacturer member describes his representative network as a “force multiplier.” In other words, by deploying this network he is able to reach many more customers and have greater impact on those customers than if he had tried to make those sales calls directly. And he’s learned by experience that the best use of his time is working to support his network rather than trying to do their work for them.

Representatives who sell through wholesalers or distributors … Read the rest

It’s April and spring is in bloom. For many of us spring means the much-awaited arrival of crocuses, green grass and, of course, the Masters golf tournament at Augusta National in Georgia. This very exclusive event represents the Holy Grail for the golf world. And where every major golf course around the world has its promoted signature hole, Augusta National boasts a signature corner consisting of not one, but three very tough — but stunning — signature holes.

“Amen Corner” was the term coined by Herbert Warren Wind in his 1958 Sports Illustrated article chronicling that year’s tournament. It’s the … Read the rest