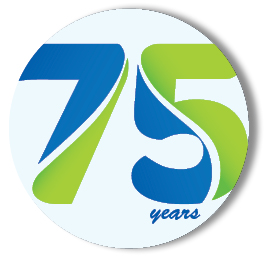 Next year marks MANA’s 75th anniversary. A milestone anniversary often prompts discussions about how much has changed over the years. Discussions like: “In the future, will there still be manufacturers’ representatives?”

Yes, many things have changed. But when customers buy mission-critical products that make the difference between keeping their factories running smoothly and shutting down their production lines, there will always be a need for trusted resources. And those trusted resources are very often manufacturers’ reps.

I can’t think of a better example of the ways that some things don’t change than this excerpt from the September 1949 issue of The Agent and Representative (now MANA’s flagship publication Agency Sales magazine) written by manufacturers’ rep Edgar A. Wilcox, MANA’s first president:

“Chas B. Roth pointed out in our columns last month, in ‘The Selling Parade,’ that ‘salesmen’ are still not professionals. But ‘sales agents’ had better be professionals — in business, as they are, for themselves — although there admittedly remain many things yet to be accomplished for the well-being of such agency profession. MANA aims to elevate such profession in the opinion of manufacturers, suppliers and others, as well as in the opinion of agents themselves; to make it an object of true respect rather than of weakness or ridicule; and to improve its position morally, politically and legally.

“It takes energy, initiative, and a great deal of unselfish devotion to a cause to found and establish a national association like MANA — an organization in which any agent, no matter how large or small, may indeed be proud to be a member. It can mean more to you, bring you more satisfaction, and increase your income to a greater extent, than any group to which you as an agent could possibly belong.”

These words from 1949 could just as easily have been written last week. Sometimes, the more things change, the more they remain the same. One thing that has not changed, and probably never will change, is that there will always be a place for trusted resources like manufacturers’ representatives.

In a crazy year with plenty of uncertainty, the WomenReps 2021 conference was conducted in Bloomington, Minnesota, in July. Even forest fires in the northern part of the state did not stop the event. It was a much-needed connection point for women in the sales representative business.

As reps showed little reluctance to discuss this subject, these and other questions were asked and answered during the course of a MANAchat participated in by 31 MANA members … Read the rest

In the article on the MANAchat covering manufacturers requiring their independent reps to submit data and other sales call information to their CRM platforms, several reps observed that there could very well be some legal considerations affecting the rep’s independent status. In order to get some clarification on that matter, Agency Sales magazine contacted two attorneys that regularly consult with reps.

Gerald M. Newman is a veteran rep attorney and a partner in the law firm of Schoenberg Finkel Newman & Rosenberg, LLC. According to Newman, “While there are a number of factors the IRS considers when determining whether a … Read the rest

Whenever a manufacturer is faced with the prospect of initiating the search for the right rep to work with, there are any number of factors that must be considered. Top of the list, however, is the importance of establishing a level of trust from the very beginning. That’s the advice offered by Peter Zafiro in a MANAcast conducted earlier this year.

“First and foremost, reps are the key to your business success,” maintains Zafiro, general manager of LinMot USA, Inc., a Wisconsin-based manufacturer of industrial linear motors. “Remember that reps are a part of your organization. Every manufacturer wants to … Read the rest

I recently delivered a keynote presentation for a client whose 2020 year was a record setting best, and 2021 was heading toward being even bigger. I asked the leader what he was looking for in my keynote and he said, “Nathan, I am concerned because the demand is so high for our product and my sales guys are making more sales than ever by just answering the calls, that they will get out of the practice of prospecting and doing the important activities of growing their business.”

He continued, … Read the rest

I recently came across an old sales book, Secrets of Closing Sales, by Charles B. Roth.

Once again, what’s the number-one key to business building and more sales? Right, activity. Making lots of … Read the rest

Some of the skills that power high-performing salespeople are innate — they either have them or they don’t. Others must be learned. Here are several of the most important to look for in prospects and coach for in your existing sales team.

Are great salespeople born? Or are they made? It’s a question that confounds many sales managers desperate to hire and hone a winning team. The answer is both — and if you want to survive in the fiercely competitive post-Covid economy, you need to know how to identify and coach for the traits that equip salespeople to acquire … Read the rest

I talk to lots of people each day, and what I hear about is a lack of love, support, motivation and recognition from their direct manager or supervisor.

Too many people in management positions think the only reason someone works is for money. Many managers believe that the paycheck is why people work and there is no reason to tell anyone thanks for doing a great job. We nitpick things they are doing wrong and fail to recognize and celebrate what they are doing right.

These people I am talking to are ready to leave, want to leave or are … Read the rest

As a sales trainer, I often confront a difficult obstacle that stands in the way of developing more effective salespeople.

Too often salespeople are hindered by limiting beliefs that prevent them from implementing the best practices, principles and processes that can multiply their results. They remain bound by internal barriers of their own conception.

Here’s an example. A customer service representative wants to move to outside sales. He was good at his job of reacting to whomever was on the other end of the phone line and responding effectively to the requests of all the customers. As a result, he … Read the rest

MANA thanks and congratulates these members for their long-term support and commitment to MANA and our industry.

Whether your company has reached a special … Read the rest

If there’s any concern that reps regularly have, it’s the danger that accompanies becoming too successful.

The typical scenario goes this way: a rep has grown business with one large customer well beyond expectations. As a result, the manufacturer’s attention is drawn to the fact that he’s writing very large commission checks to the rep on a regular basis. While on the one hand the rep may appreciate this situation, on the other hand, he’s aware of the fact that the manufacturer may decide to remove him from that account and replace him with a direct salesperson.

In response to … Read the rest

If you receive a distribution from a qualified retirement plan such as a 401(k), you need to consider whether to pay taxes now or to roll over the account to another tax-deferred plan. A correctly implemented rollover avoids current taxes and allows the funds to continue accumulating tax deferred.

If you decide to take a lump-sum distribution, income taxes are due on the total amount of the distribution (except for any after-tax contributions you’ve made) and are due in the year in which you cash out. Employers are required to withhold 20 percent … Read the rest

MANA’s Board of Directors is pleased to announce that Sid Ragona, owner of Ragona Scientific, LLC, in Pittsford, New York, has successfully applied to appear on the January 2022 MANA Board of Directors ballot to serve a two-year term starting May 1, 2022.

Davis completes his Board service on April 30, 2022. MANA’s Board of Directors and staff are so very grateful for … Read the rest