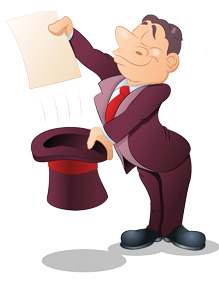 Let me explain. MANA gives lots of attention to succession planning that helps representative firm owners thinking about retirement to sell their firms and transition to new owners.

That’s the kind of succession planning that is done when a relationship is ending.

Succession planning, in this case, is this representative’s plan to protect his or her rights when there is a succession of this principal to a new path to market.

A representative-savvy attorney can craft agreement language that answers these “what if” questions so that years or decades later when the relationship eventually ends the representative and principal already know what that separation will look like.

The representative firm’s only chance to shape what that far-away separation will look like is usually before the agreement is signed. And when it comes to most of the signed agreements representatives have shared with me, that would be something completely different.

The best manufacturer-rep relationships are those where both parties respect each other, understand their mutual expectations and have shared business values. While manufacturers may have some variations on the attributes of rep organizations they wish to represent them, there are some constants we all look for.

At Eriez Magnetics, where we’ve been working with independent manufacturers’ representatives for over 70 years, our best representative agencies possess the following:

This sounds like a simple requirement all professional reps should have, but it’s surprising just how many agencies solicit representing our line without a basic presentation of their … Read the rest

In this article, and the one that follows, Agency Sales will explore how and why an individual might decide to become an independent manufacturers’ representative. Conversations with any number of MANA members demonstrate that it’s the minority who actually began their professional careers with the goal of becoming a rep. A number who have set that as their goal have done so primarily because they were related to the owner of an agency. In other words, they probably grew up in the profession.

As a result, those individuals occupy a position where they are the heir apparent to agency owners. … Read the rest

The website for Robert M. Bernardo & Associates, Inc. (rmbaa.com) is deceptively simple. The visitor looking for details about the Port Townsend, Washington-based agency will find the following:

RBA Inc. operates as Brokers, Sales Agents, Consultants, and Procurement Agents. With over 35 years of successful history in the building materials industry in the U.S., Canada, Mexico, Africa, Europe and Asian Markets.

In their “Habits Across the Lifespan” study, Duke University researchers found that nearly half of human behaviors are habit-based, regardless of age. For example, we not only have favorite restaurants, but we tend to choose the same menu items over and over again.

It’s the same in business. After receiving a promotion, her boss asked her to serve on the selection team for her replacement, but cautioned her not to look for someone just like her.

If half of our thought processes are habitual, it takes conscious effort to try new things, whether it’s a different color … Read the rest

“The only person you are destined to become is the person you decide to be.” — Ralph Waldo Emerson

I have trained trainers and employees all over the world and have taught them to believe in themselves and their abilities. I have written several books to spread the word about service strategy and the effect it has on your company, your employees, your customers, and your bottom line. One of my favorite sayings is by the late Zig Ziglar “… You can have everything in life you want if you will just help other people get what they want.”

The … Read the rest

How do I sell to an account that is firmly in the hands of a competitor?

In one form or another, I hear that question at almost every sales seminar I teach. It’s a great question, reflecting one of the most perplexing and frustrating situations every salesperson faces. If you haven’t yet been faced with this problem, be patient, you will soon be.

Here’s how this usually develops: You’ve called on a high-potential account a number of times but can’t seem to get anywhere. The more time you spend in the account, the more apparent it is that one or … Read the rest

Stop Working Smart and Get Back to Working Hard

Most salespeople use “working smart” as an excuse to avoid hard work, especially the traditional methods of prospecting such as cold calling. They think work smart means work easy. As a result, they look for shortcuts and safe alternatives to prospecting on the phone and in-person. They try to prospect via social media and e-mail and kill so much time looking up information on prospects, that they don’t have time to make the number of calls necessary for success. While there are times you … Read the rest

Reasons potential customers may distrust you.

Interesting to hear the response from managers when asked about what factors impact sales. Many will reference the economy, customer demographics, competition, and recent innovations. While those factors certainly play a role, I often find, when brought in to train sales and service teams, that employees inadvertently chase away new potential customers. It usually happens within the first 10 seconds of customer communication, and most employees have no idea that they are committing these offenses. See if this is true in your organization. Consider these three reasons potential customers may distrust you or your … Read the rest

The vice president of sales and marketing for a manufacturing firm was quick to cite his early career as an independent manufacturers’ representative as the major reason for his current success in working with reps.

According to the manufacturer, “When I started at ground level as a rep, I was doing changeovers in auto parts stores. I knew that if I began by doing everything I could I would eventually get out there in the field. That’s exactly what happened and I wound up being the agency’s top guy and took over an entire region for them. I knew that … Read the rest

Too often businesses fail to recognize and embrace the use of social media based on the mistaken belief that their customers don’t use it. That’s something that author Jay Izso maintains is a myth.

Izso, also known as “The Internet Doctor,” says this belief is based on something called “illusory correlation.” He defines that term as occurring when “…we take note of specific instances, pair them with other instances, and then arrive at the conclusion that one instance is related to another when, in fact, it is not the case.”

In his book Got Social Mediology? Using Psychology to Master … Read the rest

One of the reasons I write articles for Agency Sales magazine is that it saves me time. Since all that I do is represent sales representatives in sales commission disputes and related matters, I keep seeing the same problems but with different faces. It is like déjà vu all over again on a regular basis.

There have been countless times over the years that I have handed or e-mailed copies to my clients of the Agency Sales articles that I have written on a topic related to the client’s problem. I generally ask them to read the article(s) before we … Read the rest

Contested in February, The Daytona 500, also known as “The Great American Race,” is regarded as the most important and prestigious race on the NASCAR circuit. And obviously, the big question every NASCAR fan alive is asking is “Who will win the race?”

The most logical answer is the driver who drives in the straightest line. Everyone knows that the shortest distance between two points is a straight line. In investing, a straight line is everything working out exactly as you expected, and you know that doesn’t happen too often.

Good point in this article about having two reps in one territory. I experienced a somewhat different issue earlier in my career. I was a sales manager for a pump manufacturer. We merged with a sister division that sold two distinct types of analyzers; one to analyze water in water treatment facilities and the other used in labs to analyze protein, and moisture content.

When I inherited this sales channel it quickly became clear to me that whoever was in charge before knew very little about their markets, or selling through rep … Read the rest

The Association of Independent Manufacturers’/Representatives, Inc. (AIM/R) has scheduled the AIM/R 46th Annual Conference for September 12-15, 2018, at The Meritage Resort and Spa in Napa, California. The theme is “Cultivating Your Success.”

MANA CEO and President Charles Cohon will present “The Quick and the Dead” on September 14.

Conference Chair Mike Mullen of A.H. Deveney, LLC, is planning a robust line-up of critical topics facing reps and manufacturers alike, as well as some fantastic entertainment in 2018.

Comedian Greg Schwem and Comedy with a Byte, Inc. will remind attendees to “Work, Laugh, Repeat” at the first-ever AIM/R luncheon and … Read the rest

The Electronics Representatives Association (ERA) has announced that Chuck Tanzola, CPMR, vice president of business development of the Fusion Sourcing Group, a northeastern U.S. rep firm covering multiple territories, is the 12th recipient of the Ray Hall Spirit of ERA Award. Tanzola, a 37-year veteran of the electronics industry rep profession, has been a member of the ERA Executive Committee since 2015 and currently serves as senior vice president/fiscal and legal. He has held many offices in the Empire State Chapter of ERA and was the 2008 recipient of the Jess Spoonts — ERA White Pin Scholarship Award. He is … Read the rest